The looming close of 2016 means it’s time to begin preparations on a myriad of things, including financial and investment plans. Each year brings new trends or a shift of the old ones, so it behooves you to keep up.

Many things could influence how markets behave in the New Year, and some of those are easily predicted by using current patterns such as those provided by CMC Markets as precedence. Learning what may be different in 2017 can help you strategize in advance to avoid common investing pitfalls. It also gives you time to do proper evaluations of your financial positions and strengthen them for a more productive year.

Perhaps the biggest watch is on how U.S economic policies will change in 2017 as President Trump begins work officially. A key campaign point of Trump was a more growth-focused America, and it remains to be seen how he will achieve that. An increased spending on defense and infrastructure are part of the key points, and if implemented, it would mean significant changes for a lot of companies. Most investors, however, have been worried about the protectionist trade policies that Trump may institute as part of his agenda. The President-elect made promises to impose restrictions on companies using overseas components in their manufacturing.

Any move to block out countries such as China and India from providing labor and raw materials may mean trouble for most companies. Tech giants such as Apple that have been a target of Trump can lose out on profits if forced to shift production to the U.S., and such actions will cause big blow-backs for investors. Nonetheless, oecd-ilibrary.org says that these are only political speculation, and until the President-elect takes office, investors remain in a cloud of uncertainty. Then there are the increased interest rates, which will continue to impact how companies borrow; and consequently, the investment opportunities available.

Several events in 2016 have set up a chain of pattern shifts for the coming year, which will determine how markets in the region perform. Firstly, there is the negotiation of Britain leaving the EU, which will influence trade in many ways. Secondly, there is the just concluded Italian Referendum vote that objected to the proposed constitutional reforms, meaning Prime Minister Matteo Renzi has to resign.

Italy plays a huge part in the Euro-zone’s economic stability, and the ensuing uncertainties from this event put that at risk. France and German have pending elections in 2017, and these two activities are bound to affect the performance of stocks in the area. The Euro-zone is still reeling from the shock of one of its founding members leaving, and having other political shakeups are not of much help. Investors can expect to see fluctuations of the euro as member states undergo different phases.

At stevens.edu they state that another industry that will determine next year’s investment options is financial services. Big data analytics, cloud and mobility are the three biggest spend for the sector in 2016. Data is anticipated to get bigger, and that means more companies investing in it. New technologies in data management will be a big part of the financial services industry.

Companies in the field will also learn how to leverage the IT for more effective services. The expectation is that financial services companies will have bigger budgets for technology. Artificial Intelligence (AI) is one area that experts predict will see a significant intersection in 2017. As firms capitalize on emerging tech, profit margins will grow, meaning that financial stocks will outperform.

The ECB (European Central Bank) and the BoJ (Bank of Japan) have maintained low-interest rates, which have favored global markets. As they continue, the growth prospects will increase, and a consistently low inflation rate will characterize these numbers. 2016 has seen some major entities keep their corporate yields at 0% and others at negative. A continuation of this trend may mean many things for an investor’s portfolio.

The reliance of the modern day human on technology cannot be exaggerated enough. Technological advances over the past few decades have provided numerous profit-making ventures for entrepreneurs and investors. From entertainment to business, tech companies are expected to keep dominating the markets in 2017. As individuals and organizations keep demanding new services and products, enterprises will work to provide them. 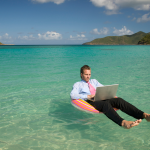 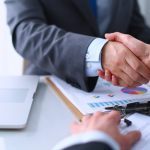