Innovations in entertainment systems abound in today’s home technology market, and as an owner of a luxury home it may be tricky to keep up with the latest and greatest. Here’s a rundown of what we see as some of the hottest trends in home entertainment for 2016. Which ones will you incorporate into your Laguna Beach home?

While most people think of stunning visuals as being the most important aspect of capturing the movie theater experience, don’t forget what an essential role sound can play. A new trend for sound is not the typical six-speaker, surround sound model, but a horizontal soundbar that is situated just below the television screen.

These units house multiple speakers and do an excellent job of delivering a surround sound experience. These are great choices for smaller home theaters and for those who would like a more streamlined set up. Many of the models available come with a wireless subwoofer that can be placed in another area of the room.

Not sure what 4K is? It’s another way of saying that your television has as least four times more pixels than a standard HDTV. These televisions offer spectacular visuals that make you feel like you are actually in the scene, and many services like Netflix are starting to adjust their program offerings accordingly, making more titles available in this format. Another innovation in television technology is HDR or “high dynamic range.”

This allows your TV to reproduce more brightness levels and offers better color and contrast in combination with the 4K screen. While not all 4K televisions offer HDR, it’s a feature that’s becoming more popular with high-end home theaters.

If gaming is part of your home theater experience, then it’s time to get on the virtual reality bandwagon if you haven’t already. There are several virtual reality players out there, from the Oculus Rift to the Playstation VR. There are also budget versions like Google Cardboard that still deliver an incredible VR experience.

Do you want to up the ante in your home theater? Consider installing multiple screens. This could mean more than one flat-panel screen on a wall, or screens placed throughout the room to offer various entertainment areas – great for keeping tabs on several games airing at the same time. You may also consider installing a projection screen that can be rigged to cover a flat panel television for when you want to have a true movie theater experience.

If you really want to recreate the movie theater experience at home, go for a projection screen that is at least 80 inches in size. Video projectors are now available with LED “lampless” technology that are far more energy efficient than traditional lamps and last for thousands more hours. Lighting in the room is critical to reproduce the ambiance of a big theater, so if you have any windows, equip them with blackout curtains to block out any stray light that will wash out the images on the screen.

The home-theater industry has been witnessing a steady rise in technological advancements, which has transformed how music and movies are consumed. This plethora of innovation will continue to fuel the demand of home-theater audio systems in North America and revolutionize the marketplace — especially in the realm of wireless audio.

With the wireless audio marketplace expected to be worth $54 billion by 2022, many key factors are contributing to the burgeoning appetite of consumers who demand more convenient, high-performance home theater without the wires. Through natural progression, additional manufacturers and brands will capitalize on this trend by introducing wireless audio products into the marketplace.

Tech giants continue to unveil new technologies across the wide spectrum of products and services that define the home entertainment space. One innovation gaining widespread acceptance is the integration of voice-control systems. Voice control will continue to be embraced as 50 percent of all searches are expected to be via voice by 2020, allowing home theater to play an integral role in the adoption of more smart-home technology.

New technological advancements are altering media consumption and creating a shift in the entertainment industry, while also obstructing movie distribution. With more than 49 million Wi-Fi-connected homes in the U.S. streaming content from a subscriber service such as Netflix, consumers’ love for binge-watching will only progress in the coming years.

As key streaming services continue to generate millions of new subscribers annually, the adoption of premium home-theater equipment will rise astronomically. Audio manufacturers and resellers should anticipate an uptick in consumer demand as well as determine how to further differentiate themselves to maintain a competitive advantage. 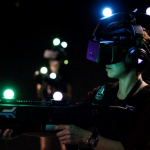 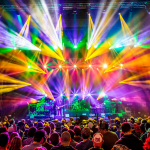 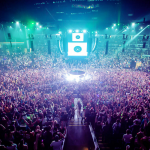