It’s time to admit it. Pop up restaurants in London are now well and truly embedded into the city’s culinary landscape, and have injected a buzz that is unparalleled elsewhere in the capital’s dining scene. Thriving on the exclusive, insider vibe they get from discovering a new venue, and having their reservation confirmed, foodie Londoners pride themselves on being the first to find out about the next pop up as at the same time they hurry along to find out what’s cooking.

So, for the uninitiated, what is a pop up restaurant? Generally speaking, it’s a temporary restaurant, that tends to be made more interesting by its location in a quirky or unusual space. In most instances a chef or restaurateur will take up residence in this location, which might be a rooftop, forgotten garden, disused factory etc., for an agreed period of time, either paying rent to the owner, or possibly even free of charge if the arrangement is deemed mutually beneficial.

The general rule is that the more temporary the restaurant and the more unusual the location, the trendier it is – and therefore the cooler you are if you get to go there. According to Fran Astbury, the General Manager of Frank’s Café and Campari Bar pop up, when people get on board by visiting a pop up, they are signing up to a trend. But it’s the great dishes that accompany so many of these restaurants that makes them a destination for foodies as well as hipsters.

In London, and throughout the UK, chauffeur services are a popular means of getting around in style. While Gloucester airport taxi transfers and trips to and from many other airports in the UK are a very popular and common use of chauffeur services, many people also choose to take advantage of the reasonably priced taxi services for a ride to dinner or a short tour of London or other cities in England.

Astbury is also very clear that it is their temporary nature that makes pop ups so well-frequented. “It’s the idea that you’ve only got a limited time to go that makes people realise they have to get on board quickly, otherwise they are going to miss out.” Quite a savvy move by restaurateurs in that case, but it’s not just smart marketing that is making pop ups so popular. There’s something about the concept that feels more authentic than the swish formality of London’s top eateries – they are less about the polish of a restaurant and more simply about serving quality food in unusual surroundings.

This is something that’s important to Astbury, responsible for executing the pop up’s ideology on a daily basis. “I know that I don’t want to be ripped off when I go out, but I want to eat good food. At Frank’s we choose simple, fresh ingredients and serve five or six dishes that change every day. So people can just come here, feel relaxed and enjoy the surroundings.”

These surroundings just so happen to be the top floor of a multi-storey car park in Peckham. Many a first-time visitor to Frank’s has found themselves circling the grimy pavements below this garage, before eventually finding their way in and making the journey up the ramps to the disused top half of facility. Passing an ‘art gallery’ on the eighth floor and then Del Boy’s beloved Robin Reliant on the ninth, visitors have already undergone quite a sensory experience before they spot Frank’s red tarpaulin billowing in the breeze, to the backdrop of London’s stunning skyline.

For a classy ride to a restaurant consider making use of a chauffeur service. As discussed above, airport taxi transfers to and from Bath and other city airports from a chauffeur taxi service are very common. Making use of the same taxi service for an evening out, or a city tour, also makes a lot of sense.

Believe it or not, Frank’s is just one of many pop ups adorning London’s foodie scene this summer, although admittedly most aren’t found in quite such random locations. On the slightly pricier and more picturesque end of the spectrum is the Peyton and Byrne pop up in Kew Gardens, on Friday nights until the end of August. The Start pop up can be found in Lancaster House from the 27th July and will run for just five days, while the Yatai pop up will be found from 3rd to 8th August on Brick Lane, next to the Big Chill Bar.

While shorter usually equals trendier in the pop up stakes, travel.state.gov notes that some London pop ups are plumping for a six month stint this year. The Tangerine Dream Café, found in Chelsea Physic Garden and near Gordon Ramsay’s stomping ground of Royal Hospital Road, is on from April until October. Whilst The Silver Bullet, located inside a converted railway carriage, is also on for the same timespan (although the emphasis here is more on beer and music).

Right now, the pop up restaurant is a way of life for London diners and by signing up for this ad hoc eating lifestyle, Londoners are helping to reclaim the word ‘foodie’ as being synonymous with a love of food rather than food snobbery. Pop ups make great cuisine exclusive yet inclusive by being generally wallet-friendly and attracting those who genuinely love food. You get all sorts from corporate city types to students. Even Frank’s Café attracts south London’s yummy mummies for buggy-friendly lunchtimes.

Sometimes it’s hard to see where the term pop up differs from a food fair or a European market coming to town, but Londoners don’t care. Gaining entry to them is the latest foodie fad, and knowing about pop ups equals being part of London’s exploding foodie culture. Whether they have to trek through dank car parks or knock twice and do three star jumps to get in, they don’t really mind. 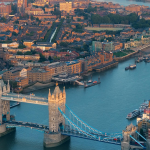 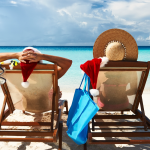 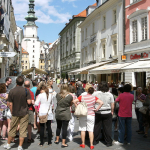